This state-of-the-art PIDO tool, written to allow easy coupling to almost  any computer-aided-engineering (CAE) tool, is now even more powerful and user-friendly than previous versions.

modeFRONTIER can handle data sets containing up to 1 million design configurations,  giving rise to the need for enhanced post-processing capabilities:

modeFRONTIER features an enhanced set of statistical tools to analyze and exchange data. A  Statistic Summary, ANOVA, Significance Analysis, and Distribution  Fitting have been added to the extensive list of state-of-the-art tools  already in the current version of modeFRONTIER.

The creation of meta-models (including response surfaces and neural  networks) can be a complex and laborious task, especially in situations  where high accuracy is required, modeFRONTIER v4.0 features a  comprehensive wizard which enables the user to create multiple  meta-models quickly and automatically. The meta-models are checked for  accuracy, allowing the user to select and screen the optimal model.

Analyzing complex data-sets has become easier with the new clustering tools available inmodeFRONTIER v4.0. Clustering tools, based on Hierarchical and K-Means methods,  allow the user to identify, within a data-set, groups of points with  similar design features. Self Organizing Maps (SOM) have been introduced to allow the user to analyze and organize data sets by highlighting the most important relationships between inputs and outputs.

Other new features have been added to the modeFRONTIER framework to make life easier for users when looking for optimal solutions. These include: 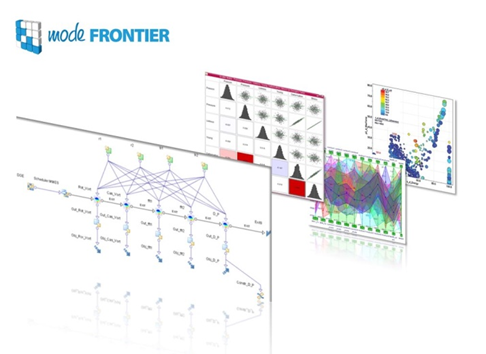 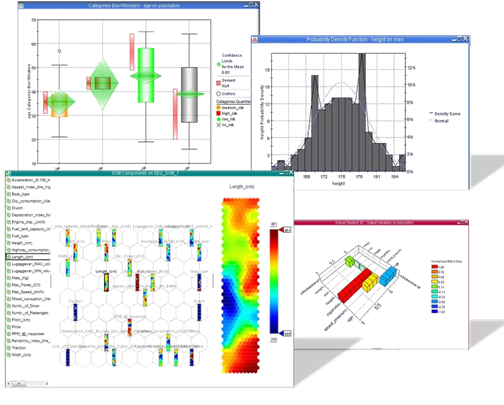